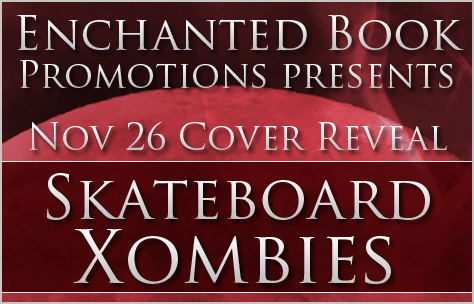 We’re hosting the cover reveal today for YA horror novel “Skateboard Xombies: Search for the Crystal Coffin”. This is the first book in a five-part series of Kindle singles. 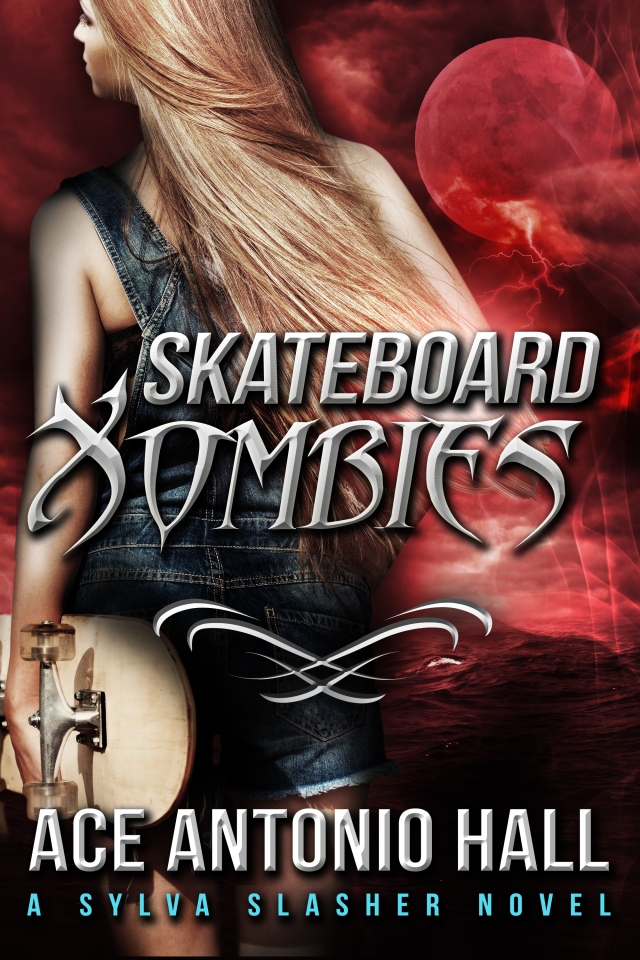 On a normal school day in Lunyon Canyon, California, teenage necromancer, Sylva Fleischer, bickers with her teacher in class over an unfairly graded paper. But when the principal announces that all teachers should lock their door and not let any students leave class, the entire school is trapped in a world of terrifying zombies that not only bite with their teeth, they bite with their minds.

Since all life on Earth faces extinction at the hands of the perilous undead, a guardian of a secret society of vampire monks saves Sylva, her friend, Half-Pipe and her family, and lead them to an alternate world. And that’s when the real terror begins … on a planet full of every imaginable type of undead creature that ever lived … Including those telekinetic zombies!

Praise for Ace Antonio Hall and Confessions of Sylva Slasher:

“As I say on the front cover … A treat for Buffy fans–but 100% Ace Antonio Hall’s own twisted vision. Breathes new life into the living dead; run, don’t shamble to get a copy.” –Nebula and Hugo Award-winning author, Robert J. Sawyer

“In a vast sea of zombie tales, Hall’s tale is more than a cut above. He brings the entire genre to heel and treats us to one Hell of a ride.” 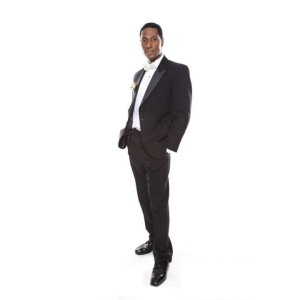 Ace Antonio Hall is an actor, former music producer, and ‘retired’ educator with accolades as a Director of Education for the Sylvan Learning Center and nearly fifteen years experience as an award-winning NYC English teacher. He has a BFA degree with a concentration in screenwriting and has published poetry, short stories and fiction in magazines, anthologies, newspapers and novels.

Inspired by his father, Chris Acemandese Hall, who penned the lyrics to the Miles Davis jazz classic, “So What”, sung by Eddie Jefferson, and his sister, Carol Lynn Brown, who guest starred in the 1970’s film, “Velvet Smooth”, Ace spawned his creativity into developing the beloved but flawed teen character, Sylva Slasher.

Ace was the Vice President of the Greater Los Angeles Writers Society (2009-2011), and continues to head the Science Fiction, Fantasy & Horror (ScHoFan) Critique Group as Co-Director of critique groups within the society. He is also a member of LASFS and the International Thriller Writers.

On April 14, 2013, Montag Press published his YA zombie novel Confessions of Sylva Slasher. His next release, Skateboard Xombies, is coming out later this year, and he has already begun working on Skateboard Xamurai for the third installment in his Sylva Slasher series.

On the cover reveal day, you can win a $10 Amazon gift card. Fill in the Rafflecopter form below to participate!

Go here to participate in the giveaway.

ONE WAY OR ANOTHER (teenage kicks)

HoloBleet – @sylvaslasher. Entry 526: I still dream about my sorta-kinda ex, Brandon. Even though he’s dead, his words live on in my heart. This is what he said to me: “You see, it was like my soul was suddenly driven with the sole purpose to branch out of my body and touch yours. I don’t know, it probably sounds stupid to you, but I swear it was like our spirits were made in heaven. Yeah, as one entity and somehow when they came down to Earth, were separated until that first moment our eyes met—mine and those precious silver eyes. That day my whole life made sense.”

“IT’S KIND OF LIKE THE HUNGER GAMES,” I said, as the morning sun slept lazily behind the dark storm clouds, “except instead of the survivor winning a chance to live, they earn a chance to die.”

“Sylva, whoever invented those bloodthirsty games are crazy,” Half-Pipe said, looking back at me with a dubious smirk, “I don’t care how you twist it, the Blood Bowl sounds major morbid.”

Katja Andersdotter, known to everyone as Half-Pipe, was the most opinionated person I knew. She got her name because one day her father beat her with a broken sink pipe after his routine field trip to the all-night bar. He started calling her that ever since just to see her cringe. She was out of school for two whole weeks that day he put her in the hospital and the next time I saw her, she was a vampire, or so I thought. I’ll explain what I mean by that later.

Half-Pipe zipped backwards toward the high school steps on her kickglider and spun the hovering skateboard into a killer switch front blunt trick. Her kickglider did an air-grind down the rail to the bottom of steps and she abruptly stopped throwing one foot down, the other foot hovering four inches above the ground on her board.

Most people think her name’s Half-Pipe because she’s so good doing skateboard tricks on the half-pipe ramps. I know better. She likes the name, now; says it gives her strength.

“You finally nailed the landing,” I said, smiling.

“What are you talking about, Sylva?” Half-Pipe said. “I nailed it just last week.”

“You weren’t there—you kept blowing me off, working on that cosmology paper for our necromancy class. I nailed it right outside Ohana Gardens all by my lonesome with no one to distract me.”

“Then that doesn’t count if no one saw it.”

Wanting to outdo Half-Pipe, I pushed my kickglider out in front of me, flipping the board three-hundred and sixty degrees to do a heel flip and ollied (jumped hands-free) over the fourteen steps. While in the air, I decided to grab the tail of the board with both hands, blindly reaching behind my back with my front hand. Upon landing, I swooshed to a ninety-degree stop beneath our holographic school sign, which hovered ten feet above my head, reminding parents about a Tuesday P.T.A. Meeting, red neon lights flashing against the gray skies.

“That’s was pretty gnarly,” Half-Pipe said. “No one does a Bloody Dracula better than the one and only Sylva Fleischer!”

I pulled my shades out of the side of my backpack and slipped them on. “You weren’t too shabby, yourself,” I said, and skated off alongside our football stadium toward the main building. I loved seing the blue turf on our football field. Grass looks so better blue, than green, I thought.

Half-Pipe caught up with me. “Did you tell your mom yet that you’re quitting raising the dead?”

“Well, I’m glad Emily taught me everything she knows about preparing the grave and stuff. I’ll be able to help out when you’re gone. But … who would do the raising? No one else in the Ohana is a necromancer.”

I didn’t say anything—didn’t care as long as it wasn’t me.

“Then,” Half-Pipe began, “you didn’t tell her you were moving out and getting your own place, either, huh?”

I shook my head. “Can’t ever find the right time to do it.”

“Why move out when you have everything you want at home with your family? They love you, and never treat you mean. I wish I had it that good.”

“They don’t pay attention to me when I’m home. Trust me, they’re not going to miss me. Besides, I know that once I’m on my own, this void inside of me will be filled. Something’s missing, and I think I need to be more independent to find out what it is.”

“Why quit raising the dead? You’re so good at it. Is it because of what happened to you at the D.T.’s?”