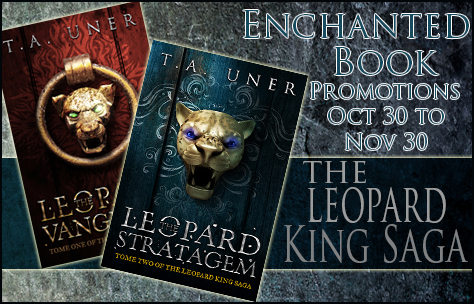 I’m interviewing T.A. Uner today, author of historical fantasy series “The Leopard King Saga”. Enjoy the interview!
Q: Please tell us about yourself.
I’m a former retail professional who spent 15 years in the service industry. I created LeopardKingSaga.com to transfer my life experiences to my novels, where I use fiction to relay important topics. My goal is creating a fun reading experience for you. I also have an affinity for Leopards, and can communicate with them using telepathy. No joke!
I’m a graduate of George Mason University, and hold a Bachelors degree in Speech Communication and History.

I was finalist in The 2010 Moonlight Mesa short fiction contest, my first short story, “The Banker’s Wife,” was published internationally in an anthology titled, Award Winning Tales. I live in Virginia, where the weather is as strange as my imagination. I am also author of several novels and short fiction.

My flagship book series is called THE LEOPARD KING SAGA which is a historical fantasy series that takes place in 1st Century Rome. I also have a second series called MINDCOP DOSSIERS which takes place on Mars.

Q: What inspired you to write “The Leopard King Saga”?

It was an idea that was just floating around in my imagination.
Q: How much time per week do you spend writing/editing your work?

It varies from week to week.

Just finished Book 2 of MINDCOP DOSSIERS series and will be starting a new YA book series in December. 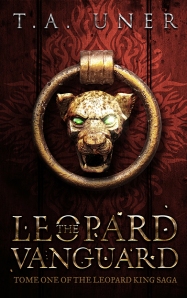 Set during the early years of the reign of the Mad Emperor Caligula,this first installment of the Leopard King Saga introduces us to Tullus, a gifted Roman Centurion who resigns his elite position in the Praetorian Guard to join a troupe of circus performers and learn more about his hidden magical talents. Along with his new partner, a magical Leopardess named Celestra, he re-invents himself as The Leopard King, the most famous entertainer in all the Roman Empire. But when Tullus’ friend and Circus Ringmaster, Paullus Gabinius, is killed, Tullus and Celestra find themselves immersed in political intrigue and up against Paullus’ killers. Their struggle to avenge Paullus will also cause them to cross paths with corrupt Roman politicians, who know Paullus’ deadly secret-which has the power to destroy the Roman Empire.

Camus Scorpio, the vicious criminal overlord, who for years tormented the good merchants of Rome, is dead. His ruthless army of thugs and bloodthirsty killers wiped out by the avenging force of Tullus the Leopard King, the Leopardess Celestra, and their Troupe.

But the victory is a costly one. Anna, Tullus’ lover, is dead, and her departure serves as an open wound to all her friends in the Troupe. Needing time to collect himself and continue developing his magical abilities, Tullus decides to seek out the wisdom of a reclusive wizard named Hradack, also known as the Leopard Master and a product of the Age of Paladins.

In Rome Eliana becomes involved in political intrigue and finds herself caught up in a conspiracy involving a persecuted race called the Dryads.

Decimus, now a prominent Centurion in the Praetorian Guard, is assigned to a new Roman Legion in Switzerland, where he faces the biggest challenge of his military career.

As Tullus’ power in Elemence grows, he foresees a hideous plot by an unknown enemy called Serpentus, who has kidnapped his Troupe friends and is holding them hostage on the island of Capri. 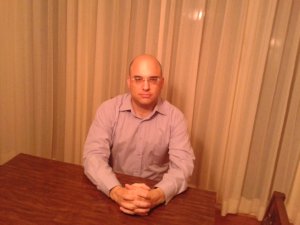 T.A. Uner is a former Management Professional who spent over 15 years working for various fortune 50 companies listed on the New York Stock Exchange.

An accomplished public speaker and event promoter, he is also a graduate of George Mason University, and holds a Bachelors degree in Speech Communication and History.

A finalist in The 2010 Moonlight Mesa short fiction contest, his first short story, “The Banker’s Wife,” was published internationally in an anthology titled, Award Winning Tales. Mr. Uner lives in Virginia. He is the author of the Leopard King Saga and other works.

He looks forward to more readers discovering the life-like characters that inhabit his stories.