Book Excerpt from She Who Fights Monsters

Title: She Who Fights Monsters

The dynamic supernatural duo is in the middle of trying to solve a deadly case. Someone is methodically hunting down and murdering Seers one by one. After six months with no leads on the killer, Jordan and Michael are forced to work with their worst enemy—the archdemon Belial: a self-professed Prince of Hell who is dead set on stealing Jordan for himself. However, with the archdemon’s help, they pick up on the trail of the serial killer and plan to stop him no matter what the cost.

When the shocking truth behind the murderer’s identity is revealed, Jordan begins asking herself if she is still fighting for the good guys or has she become one of the monsters she is desperately trying to stop? 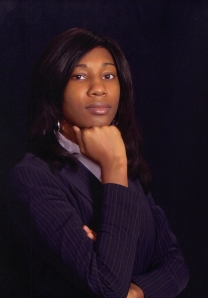 Kyoko M is an author, a fangirl, and an avid book reader. Her debut novel, The Black Parade, has been on Amazon’s Bestseller List at #5 in the Occult Horror category. She has a Bachelor of Arts in English Lit degree from the University of Georgia, which gave her every valid excuse to devour book after book with a concentration in Greek mythology and Christian mythology. When not working feverishly on a manuscript (or two), she can be found buried under her Dashboard on Tumblr, or chatting with fellow nerds on Twitter, or curled up with a good Harry Dresden novel on a warm central Florida night. Like any author, she wants nothing more than to contribute something great to the best profession in the world, no matter how small.

The Black Parade, the first novel in the series, is free from August 22nd, the starter date of the tour.

There was a stranger in my house.

I knew it wasn’t Trent and Marie. They had taken a father-daughter trip to the beach. My duties as a kindergarten teacher didn’t allow me the luxury of a three-day vacation, nor did the ridiculous cold I’d caught, and so I had stayed home by myself.

Normally, I would just shake it off as house-settling noise, but there was one slat in the kitchen’s hardwood floor near the stove that made an unmistakable creak if you stepped on it. No way in hell I could shake that off, not when I was home alone.

I slipped from beneath the comforter and knelt beside the bed, my fingers finding the cool metal of my trusty baseball bat. My daughter was only seven years old and I wouldn’t let Trent bring a gun into our home, so we had agreed to this as our form of protection. Ears straining, I opened the bedroom door, praying the hinges remained silent, and tiptoed to the stairs. Silence. A normal person would go back to their room and sleep, but there was a cold feeling in my chest that whispered something was wrong.

The carpet was soft under my bare feet as I crept down the steps one by one. The staircase spilled into the foyer and from where I could see, the front door was still locked. No broken glass or muddy footprints. I turned to the left and peeked around the corner to see into the living room. Every shadow looked like an intruder. I knew it was just my paranoid brain going into overdrive so I ignored it and carefully maneuvered past the den to the dining room. Nothing here either. That left the kitchen.

I pressed my back against the wall, closing my eyes and saying a quick prayer that I was just a hyper-vigilant crazy lady before darting around the corner.

The kitchen was empty.

I licked my dry lips and snuck over to the double doors that spilled out onto the patio and the backyard. I pushed the curtain aside. Darkness greeted me. Nothing more. False alarm. I was indeed a hyper-vigilant crazy lady.

I started to lower the bat and turn around, but then I felt something cold and wet on the bottom of my foot, between my bare toes. Confused, I knelt to touch it with my fingertips. As soon as I was close, the smell hit me even through my stuffy nose.

Then the floorboard creaked again.

I whirled around. A man stood there swathed in shadows and black clothing, but that wasn’t what caught my attention.

He was holding a gigantic scythe.

I screamed as he swung it at me and threw myself into a forward roll. The enormous blade crashed through the window in the back door, sending glittering shards all over the floor. I scrambled backwards on my hands and knees until my back hit the legs of the table and then got up.

I brandished the bat at the intruder. “Who are you? What are you doing in my house?”

His voice was so soft I almost didn’t hear it. “I am sorry, but your death is necessary for the safety of mankind. Please forgive me.”