I’m hosting an interview today with Jacquelyn Sylvan, the author of “Blind Study”, a young adult paranormal thriller that sounds like an amazing read. Thanks for answering my questions, Jacquelyn!

1) Please tell us about yourself.

I am…pretty boring, actually. I live in Pennsylvania with my husband, my two dogs and two cats. I love Cheez-Its and Earl Grey tea and Walker’s shortbread cookies, and because of those loves I do a lot of running. I also crochet a mean afghan, and my favorite TV shows are Vampire Diaries and Being Human (US—I haven’t watched the UK version yet, I’m afraid of spoilers!)

2) Tell us about your book in five sentences or less.

Alice falls off a cliff, smashes herself up, then is crippled by inexplicable pain resulting from her injuries. Doctors can’t explain why, so they recommend she join a study for a new pain medication. The pills work, but they give her terrifying, ultra-vivid nightmares, where she’s trapped alone in a cell, her only companion a boy in the next cell over she can speak to through a hole in the wall. Then she finds out the boy doesn’t just exist in her dreams—his name is Riley, and he’s also a participant in the study. The line between dreaming and waking starts to blur, and all hell breaks loose.

3) What inspired you to write Blind Study?

It was actually just the flash of an idea, one single image—a girl and a boy, trapped in dungeon-like cells, with a small hole between the cells so they could communicate. When I asked myself who they were and why they were there, I realized they didn’t even know. The story spun out around that scene and the answers to those questions.

4) How many hours per week do you spend writing?

That varies pretty wildly. I don’t have any kids, but I do have a full-time job, and two full-time dogs. J Ideally, I try to get an hour a day in, but sadly there are some days when I don’t get any time at all. On the other hand, there are days when I’ll do a six-hour sprint, which kind of makes up for those lost days.

5) If you could meet three authors, which authors would you choose?

J.K. Rowling, so I could fangirl all over her and show her my Harry Potter tattoo and tell her how very much she and her writing means to me; Stephen King, because I think out of all the writers I’ve read, he’s taught me the most about the craft of writing; and Sarah Rees Brennan, mainly because I think any meeting with her would turn into an epic adventure of comedic hijinks.

6) What are you working on at the moment?

Currently, I’m working on the second book in a planned three-book series, about a professional teenage thief who unwittingly steals more than she bargained for.

Eighteen-year-old Alice has spent the last year of her life in a hospital bed, held hostage by pain from a freak accident. Doctors can neither explain nor cure her condition, and her medical insurance is about to run out. Then, she’s offered one last chance—inclusion in a study for a revolutionary new pain medication.

Miraculously, the medication works. There’s only one side effect—vivid, terrifying nightmares, of imprisonment in a pitch-black cell, with no memory of her identity or how she got there. At least, she thinks that’s all they are, until someone from her dreams shows up in real life.

When other sinister happenings cross the boundary between dreaming and waking, Alice must choose: return to a half-life of isolation and agony, or confront the malevolent force behind the dreams, before she and those she cares about are trapped in their nightmares forever. But by the time she makes her choice—it may already be too late. 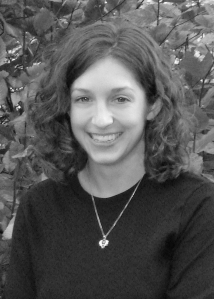 Before Jacquelyn Sylvan became a writer, she worked as a waitress, video store clerk, trail-riding guide, and veterinary technician, among other things. She’s a few inches shy of five feet tall, which means she’s sometimes mistaken for a child when she rides her bike, and often looked at suspiciously by amusement park ride operators. When she’s not writing, you’ll probably find her watching Vampire Diaries or trying to warn people about the impending penguin apocalypse. Jacquelyn lives in Pennsylvania with her husband, two cats, and two very large dogs. Her YA novel, Blind Study, a supernatural thriller, comes out August 20, 2013.